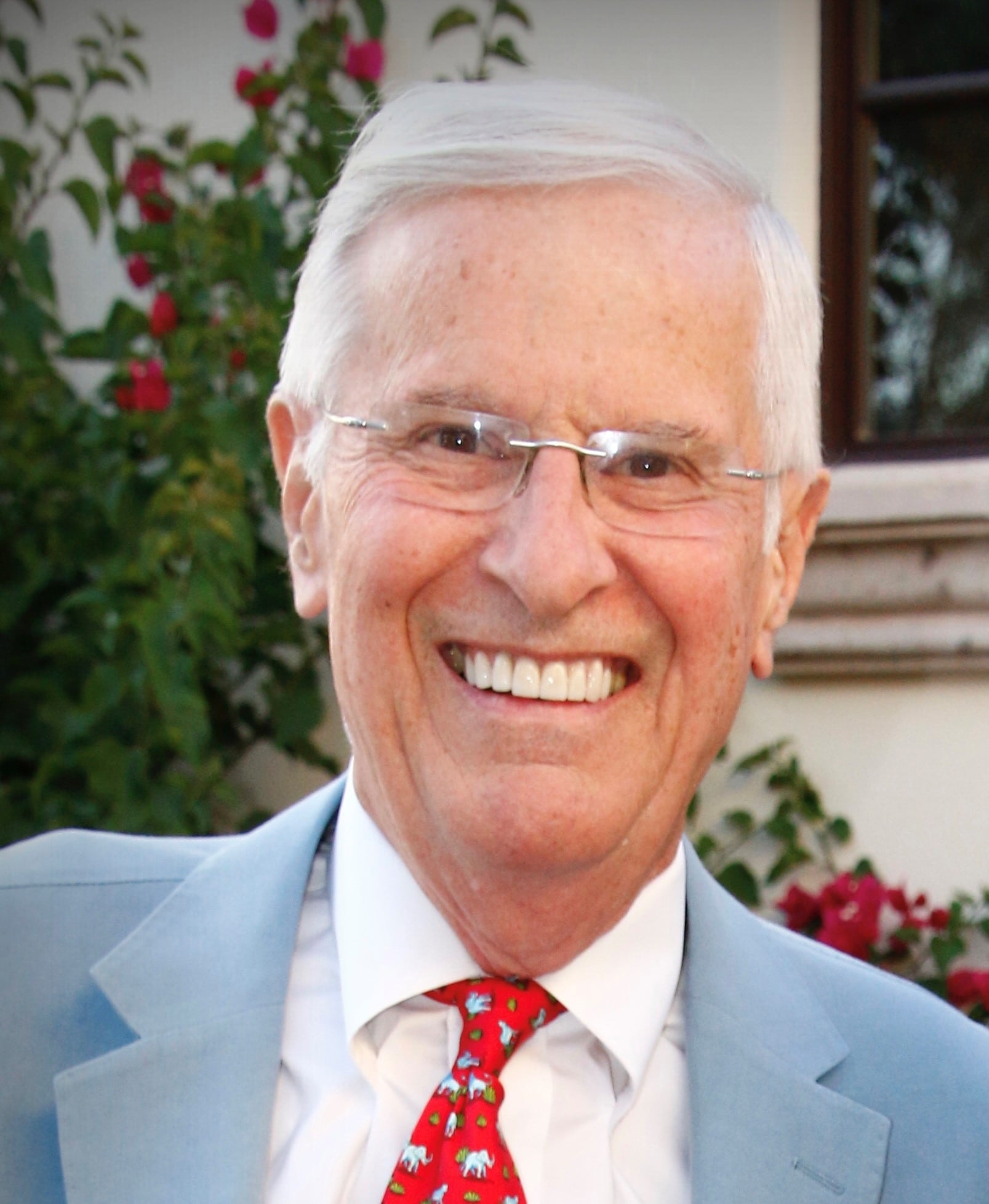 William Charles “Charlie” Young passed away peacefully at his home in Paradise Valley, Arizona, January 5, 2021 reuniting with his beloved wife, Barbara, who passed away February of last year. Charlie was born on January 17, 1936 in Columbia, MO, the only child of William Jackson and Laura Gail Young.

Following his service in the United States Army, Charlie graduated from the University of Missouri, Columbia in 1960 with his Bachelor of Science in Business Administration degree. At the University of Missouri, he was a member of the Phi Delta Theta fraternity. Following graduation, Charlie moved to Phoenix, Arizona where he started his 30-year career in the banking industry working for banks that included Continental Bank (now Chase), The Arizona Bank (now Bank of America) and Wells Fargo.

He was a dedicated father who orchestrated weekend family ski trips to the White Mountains where the entire family learned to ski at Sunrise Ski Resort. In the Spring he loaded up the family for camping trips to the beach in Rocky Point. He chaperoned multiple Valley Presbyterian Church senior high-class retreats including one to the Montlure Church Camp in Greer that had limited plumbing and lots of snow.

With his retirement in 1990, he and his wife, Barbara, pursued their love of travel and adventure traveling to countless domestic and international destinations – including Mexico, Canada, Africa, Europe, the Amazon, Israel, India, Cuba, and more. Charlie and Barbara established a second home in Santa Fe enjoying 24 years of the beauty of New Mexico creating multiple new friendships all of which endure today.

Charlie was an active supporter of the arts and non-profit organizations. In addition to his support of the Heard Museum and Phoenix Art Museum, he served on the Board of Directors of Western Art Associates, a Phoenix Art Museum Support Group. He was President of the Western Art Associates’ Board of Directors in 1996, following in the footsteps, 20 years later, of his father-in-law, Nicolas D. Wusich. Charlie and Barbara joined daughter Abigail Young Hayo on medical missions to Botosani, Romania and Havana, Cuba. He and Barbara served on the board of directors for the University of Arizona Foundation-Cancer Center, and they were long time members and supporters of the Paradise Valley Country Club, White Mountain Country Club, Valley Field Riding and Polo Club, Desert Botanical Garden, Arizona Humane Society, and Valley Presbyterian Church. Charlie was also an active member of the Scottsdale Chapter of the Rotary Club International.

Charlie was quick with a warm smile and firm handshake. He was gracious, kind and a true gentleman. He never met a stranger, and he had this innate talent to make everyone feel welcomed and appreciated. He was a devoted Christian with an unwavering faith. And most of all Charlie treasured and loved his family.

In lieu of flowers, donations may be made in memory of Charlie to University of Arizona Foundation-Cancer Center, 1111 North Cherry Avenue, P.O. Box 210109, Tucson, Arizona 85721 (on-line at give.uafoundation.org/cancer-center); or to The Arizona Humane Society, Attn: Lydia Rios/Tribute Gifts, 1521 West Dobbins Road, Phoenix, AZ 85041 (on-line at AZHumane.Org).

Offer Hugs From Home Condolence for the family of YOUNG, WILLIAM CHARLES