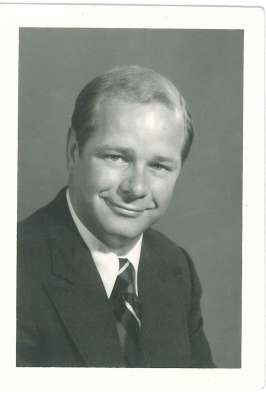 On Christmas morning, December 25, 2015, F. Darwin Zahn passed away in Scottsdale, Arizona after suffering with Parkinson’s disease for several years. He was 79 years old. At his bedside, he was comforted by his wife of 52 years, Mary Zahn. Known to family and friends as Darwin, he was surrounded by his five children who celebrated his life while at his bedside during the past week.

Darwin was born in New York City on October 14, 1936 and in nearby Bayside, he and his brother, Richard Zahn, resided during their early years with their parents. Darwin and his family moved to Solon, Ohio, where he went on to become a star student athlete and eventually went to undergraduate school at nearby Denison University. As a member of the Athletic Hall of Fame (inducted in 1987), Darwin lettered and starred in three varsity sports; track, baseball and football. He then went on to get his medical degree in New York City at Cornell University and remained in New York to do his internship where he met Mary Margaret Hamilton, a nurse at New York Hospital. Darwin and Mary were married in 1963 in New York and while serving as a captain in the Army in Germany, they quickly started a family that eventually grew to three daughters and two sons. Sadly, their fourth daughter passed away as an infant. Darwin and Mary lived in Dubuque, Iowa for a short time before moving to Phoenix, Arizona in 1972 and there, Darwin started his general surgery practice and he and Mary planted their deep family roots. In addition to Darwin’s impressive athletic collegiate accomplishments and ongoing sports endeavors as an adult, Darwin’s list of personal and professional accomplishments was quite significant. Involved in a number of life-saving surgeries in New York, Dubuque and Phoenix, Darwin was also a trailblazer in transformational general surgery procedures. The most prominent was his involvement in pioneering laparoscopic cholecystectomies. He was featured in Arizona news stories for this technique and his children (and their spouses and friends) were treated to video evidence early and often! At home, Darwin excelled with crafts and wood-working. He completed a number of projects over the years at home that to this day amaze his children and anyone who sees them. As a father, Darwin was very active in the kids’ sports, often playing with them, coaching them, attending their events, challenging them and developing their skills, both physical and mental, all while juggling a demanding career. His children learned later how talented he really was in so many things that he did. His work hard, play hard style took the Zahns on many adventures that have become wonderful memories for his children and a powerful legacy for them all. However, there was no more important nor more impressive personal or professional achievement than his role as PoPoP, which was what his family, including 16 grandchildren, called him.   He loved all of them dearly and was always interested in how they were doing at school, with sports, music or whatever activities interested them. At every opportunity, he was involved. He enjoyed leading activities that included building amazing life-sized sand creations, teaching his grandchildren to fish at the local golf course ponds and at the end of the O’Neill’s dock’on Keuka Lake in upstate New York, drawing pictures of them, making paper airplanes, playing their favorite songs on the piano and playing lawn sports on vacations. He was an early riser and on family vacations, he was often found chatting with his grandchildren one-on-one on the porch while reading the paper, doing a cross word puzzle or playing Sudoku, often teaching them to play as well. In addition to those special moments, PoPoP will also be remembered for eating the last cookie, stealing someone’s ice cream or finishing a bag of chips. “You can have all the ice cream you want, PoPoP,” says his youngest grandchild now. Darwin is survived by his brother, Richard (Dick) Zahn, his devoted wife, Mary, and five children; daughter Heidi Grassman and her husband, James, and two grandsons, Ben and Nick; daughter Katie O’Neill, and her husband, John, and four grandchildren: Mary Kate, Maggie, Jack, and Lizzie; son Kip, and his wife Miriam, and four grandchildren: Nicholas, twins Charlotte and Abigail, and Henry; daughter Lori Noonan, and her husband, Nick, and two grandchildren: Caroline and Michael; son Dave and his wife, Rowena, and four grandchildren: Hamilton, Dawson, Charles, and Paulina. In lieu of flowers, donations may be made to the Franciscan Renewal Center (“The Casa”) at 5802 E. Lincoln Drive, Paradise Valley, AZ 85253 and Hospice of the Valley at 1510 E. Flower St., Phoenix, AZ 85014. The Casa and Hospice of the Valley (where Mary has been a nurse for over 25 years) were instrumental in the lives of Darwin and Mary. And both organizations ministered to the family in beautiful ways during the last weeks of Darwin’s life. The Celebration of Darwin’s Life will be held at The Casa on January 2, 2016 at 10:00 a.m. PoPoP’s legacy is strong. His grandchildren are great students, athletes and performers and will do well in life, but most of all, they are great people. That’s the PoPoP legacy. Arrangements entrusted to Whitney & Murphy Funeral Home.

Offer Hugs From Home Condolence for the family of ZAHN, F. DARWIN