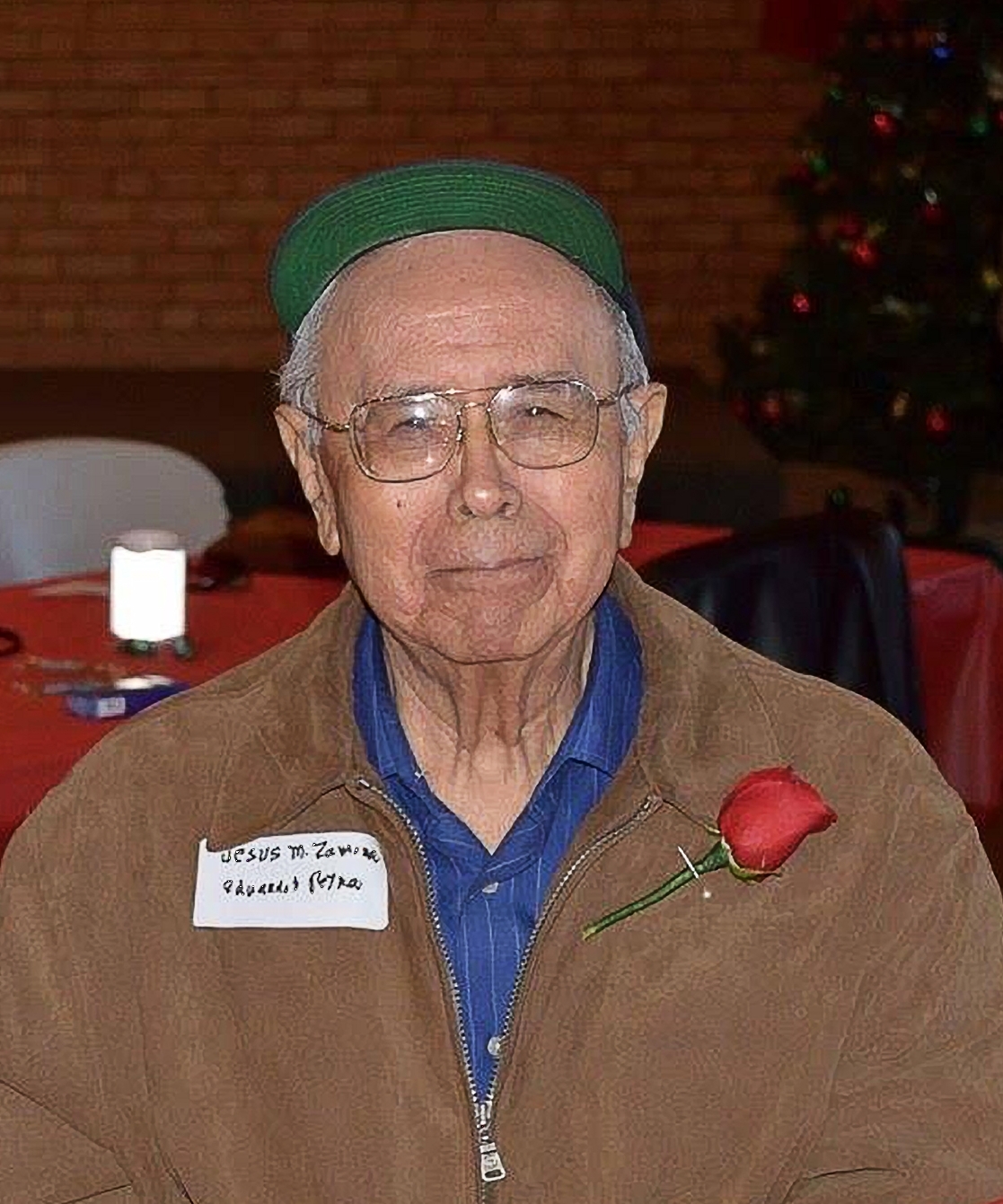 Jesus M Zamora passed away on April 18, 2019, at the age of 90. Jesus was born on June 30, 1928 in Wickenburg, AZ, where he was delivered by his Aunt Aristesea. He was an only child and grew up in Glendale, Arizona on Lamar Street. He was raised by his mother, Mercedes Montano Zamora and his maternal grandfather Jesus Peralta Montano. The front room of their residence was a Molino (Corn Grinder) for tortillas, where they also sold other Mexican food ingredients. He attended Glendale Grammar and High School. In 1945 during High School he ran a 4:36 mile. At that time, he was the 3rd fastest runner in the state of Arizona. In 1946, he attended Lamson Business School in downtown Phoenix where he learned accounting and other business skills. He was timed at typing 140 words per minute on a manual typewriter. One of his beliefs was hard work. Upon graduating from Lamson, he started his career in 1948 as a clerical worker for a freight trucking company. He worked there for over 42 years as it changed names from Alabam to ETMF to ABF. In addition, every year he would prepare the income tax forms for over 200 individuals. He also managed the accounting records for many small businesses over the years. In his “spare time,” he built and managed, in conjunction with his mother, a small group of houses & apartments in Glendale adjacent to the adobe house where he grew up. In 1947, at a dance, he met the love of his life, Irene Ramirez, who lived on Grant St. in Phoenix. They would later attend Saturday night dances at the Riverside and Calderon Ballrooms in South Phoenix. They were married on March 11, 1951 at Immaculate Heart Church in Phoenix. On Nov. 1950 he was drafted into the Korean War. He proudly served in Korea as a Quartermaster Corporal with the 40th Infantry Division until his return to the US on Oct. 1952. Upon returning to Phoenix he returned to his previous job at the freight company. In 1957 he and his wife bought a house in Phoenix on Garfield Street, from Irene’s Uncle Larry Carmargo. Along with his wife, they raised four children in this very loving and supportive household. Irene Zamora lived in the Garfield house until her passing on April 28, 2000 and Jesus until his health declined in 2014. His priorities were his family and providing for them. He also believed in helping his friends and income tax clients by providing advice on how to save money and “prepare for the rainy day”. He was very proud of the fact that a few people took his advice and they became millionaires. He is preceded in death by his wife of 49 years, Irene R. Zamora; his mother, Mercedes M. Zamora; and many of his 40+ cousins who were previously living in California and Arizona. He is survived by his children, Joe Zamora, Ricardo (Rick) Zamora and wife Terry, Michael (Mike) Zamora and wife Karen, and Cathie Zamora. He leaves 8 adult grandchildren, 7 great grandchildren and one expected great grandchild.
Visitation will be from 9:30 am – 10:30 am with a Rosary Prayer at 10:00 am and the Funeral Mass at 10:30 am on Monday, April 29, 2019 at St. Agnes Catholic Church, 1954 N. 24th St., Phoenix. Burial to follow at St. Francis Catholic Cemetery. There will be a reception in Donohoe Hall at the St. Agnes Church following the burial.
Condolences may be expressed at www.whitneymurphyfuneralhome.com

Offer Hugs From Home Condolence for the family of ZAMORA, JESUS M.