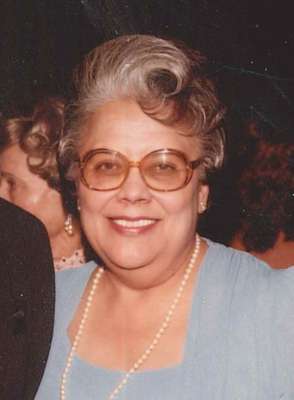 Maria Celina “Sally” Zapien , 89, was born on January 10, 1926 in Phoenix, Arizona to Frank and Helen V. Torres. She was born in the original barrio of Phoenix and was the granddaughter of Arizona pioneers. Sally showed her pioneer spirit to the end of her life. Sally attended Grant and Lowell Elementary schools.   Sally was a captain in the Military, now known as ROTC. She also loved to sing and play the piano, and was a member of the Phoenix Union Auditorium Club. She graduated from Phoenix Union High School in 1944. After graduation, she began working for the Phoenix Elementary School District as the administrative secretary to the Administrator of Personnel. Sally also worked as a Y-Teen Leader for the YWCA. In 1947, she married the love of her life Ruben S. Zapien. They were married 49 years until his death. Sally was the first Mexican-American President of the Parent Teacher Association in the Creighton Elementary School District. Sally was always a perfectionist who believed that raising her daughters, Cindy and Sandy, was her top priority. She was always there to assure that her daughters’ education was the main focus in their lives.   She prided herself in the fact that both her children were college graduates. In 1970, Sally accepted the position of Administrative Secretary for the Barrow Neurological Institute working for Dr. John Green and with Dr. Robert Spetzler until she retired in 1991. She was proud of the fact she earned Employee of the Month twice during her tenure at St. Joseph’s hospital. Survivors include daughters Cynthia Zapien, Sandra H. Zapien-Ferrero (Paul). Grandchildren Paul Ruben Ferrero (Ashley), Marie Elena Ferrero. Our family will be forever grateful to Aaron and all the Serenity House Hospice Staff for making her journey to eternal rest a peaceful one. Honoring Sally’s memory, charitable donations can be made to Barrow Neurological Institute or the Serenity House Foundation. Visitation will be held from 6:00 – 9:00 PM with a Rosary at 7:00 PM, Sunday, December 6, 2015 at Whitney & Murphy Funeral Home, 4800 E. Indian School Road, Phoenix. Funeral Mass will be at 10:00 AM, Monday, December 7, 2015 at St. Theresa Catholic Church, 5045 E. Thomas Road, Phoenix. Interment will follow at St. Francis Catholic Cemetery. 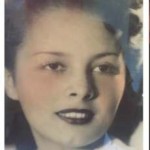 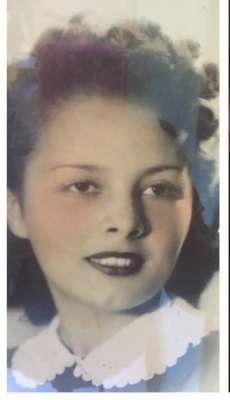 Offer Hugs From Home Condolence for the family of ZAPIEN, MARIA CELINA “SALLY”