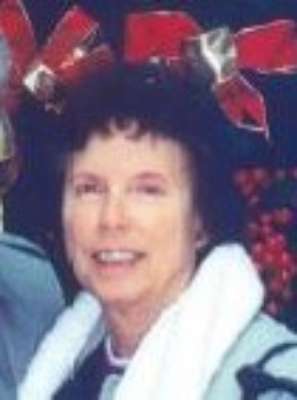 84, of Phoenix, AZ, passed away on May 15, 2016, surrounded by her loving family. Connie was born in Detroit, Michigan. She moved to Phoenix when she was 9 years old. She graduated from St. Mary’s High School in 1950 and later graduated from Phoenix College. She married Ronald Zardus in 1950. She was a devoted wife, mother and homemaker. She was a devout Catholic and a member of the Carmelites at St. Agnes Catholic Church for 25 years. She headed a group of women who made thousands of rosaries and sold them to support poor families in Mexico. She loved spending summers with her husband up in the northern part of Oak Creek Canyon at their home with her 5 children, 14 grandchildren and 6 great-grandchildren. She was an avid reader and hiker, hiking the trails in Oak Creek and the northern Mountains in Phoenix which included Camelback and Piestewa Peak. She was preceded in death by her loving daughter, Karen Diane Williams. She is survived by her husband Ron Zardus, children, Ronnette Zardus Taylor, Christopher Zardus, Lee Ann Zardus and Jennifer Hood (Don), sister Rosemary Cooney, 14 grandchildren and 6 great-grandchildren. Visitation will be held from 9:30 – 10:30 AM with a Rosary at 10:00 AM, followed by a Funeral Mass at 10:30 AM, Monday, May 23, 2016 at St. Agnes Catholic Church, 1954 N. 24th Street, Phoenix. Interment will follow at St. Francis Catholic Cemetery. All are invited to a reception after the burial at St. Agnes Catholic Church. Arrangements entrusted to Whitney & Murphy Funeral Home.

Offer Hugs From Home Condolence for the family of ZARDUS, CONNIE DOLL