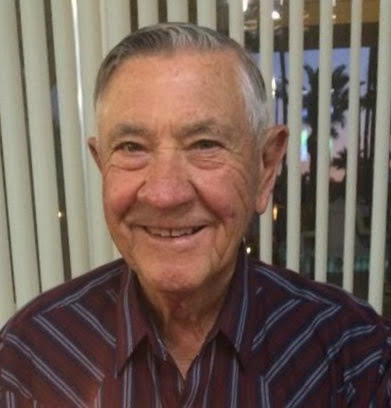 Carl Lee Zieser, of Robins, passed away peacefully surrounded by loving family Saturday, March 17, 2018 in Arizona, where he and Dolores spent the winter months. Carl was born November 16, 1930 in rural Walker, the son of Herman and Mary (Kleitsch) Zieser. He attended Urbana High School and graduated in 1948. He married Dolores Ferguson on May 23, 1950 at St. Mary’s church in Walker. Carl was born and raised on a farm, and shortly after getting married he bought his first farm where all of his children grew up. This remained the family farm his whole life. In addition to farming, he also worked at the Iowa National Insurance Company. Carl is survived by his wife, Dolores, his beloved children, Steven (Kimberly), Ruth, Randy (Kristal), Jeffrey (Lori) and Larry (Kathy), as well as many grandchildren and great grandchildren. He is also survived by his sisters, Pauline and Dora, and brothers Clifford (Betty) and Robert. Carl was preceded in death by his parents, Herman and Mary, brother, Donald (Angela), and sisters, Edna (Nick) and Eleanor (Herb), brother in laws, Carl and Duane, and sister in law, Mary Helen. Carl’s courage, strength and zest for a life was an inspiration to all. A celebration of life will be planned at a later date. In lieu of flowers, donations can be made in his memory to the Ryan House, 110 West Merrell Street, Phoenix, Arizona, 85013.

Offer Hugs From Home Condolence for the family of ZIESER, CARL LEE