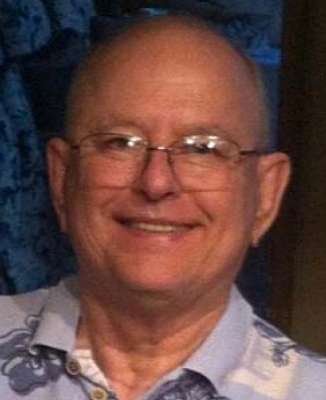 Joe L. Zoucha, 73, of Scottsdale, Arizona, passed away on October 31, 2015 due to natural causes. A celebration of life will be held at Whitney & Murphy Funeral Home located at 4800 East Indian School Road, Phoenix, Arizona 85018 on November 21, 2015 at 10:00 a.m.  In honor of Joe, please wear your favorite college attire as that is what he would have wanted. Chaplain Jeff Varney of Premier Hospice will be officiating. Joe was born in Atlantic, Iowa on July 31, 1942. He graduated from Atlantic High School and served in the United States Air Force from 1960 through 1964, which included serving during the Vietnam War. After honorably serving his country, he attended The University of Arizona where he graduated and went on to receive his degree from what is now known as the College of Pharmacy. Joe worked as the lead pharmacist for Coolidge Drug, Super X, and finally with Fry’s Food & Drug Stores until 2011 when he retired. He enjoyed his family, grandchildren, golf, hunting, fishing, jokes, political humor, crossword puzzles, his favorite four legged companion Buster, and most of all The University of Arizona and their sports teams. Joe is survived by his loving family: Sister, Janice Rose Russell, son Jason Zoucha (wife Jennifer), daughter Amy Jo Zoucha (husband Tim Flack), daughter Cari Trickel (husband Tom), grandchildren Blakeley, Kaler, Ayla, Bo, Jacob, Victoria, and Carson, several nieces and nephews, and last but not least, his loyal dog, Buster. Joe was married to Carolyn Blakeley on March 11, 1973; they were married 16 years.  Joe is preceded in death by his father Joseph Cash Zoucha, mother Rose Mae Zoucha, and loving sister Dorlene Josephine Beekman. In lieu of flowers, donations may be directed to Premier Hospice and Palliative Care, 4530 East Shea Boulevard, Suite 165, Phoenix, Arizona 85028. The family wishes to thank Premier Hospice, DaVita, and all who have loved and cared for our beloved Joe.

Offer Hugs From Home Condolence for the family of ZOUCHA, JOE L.